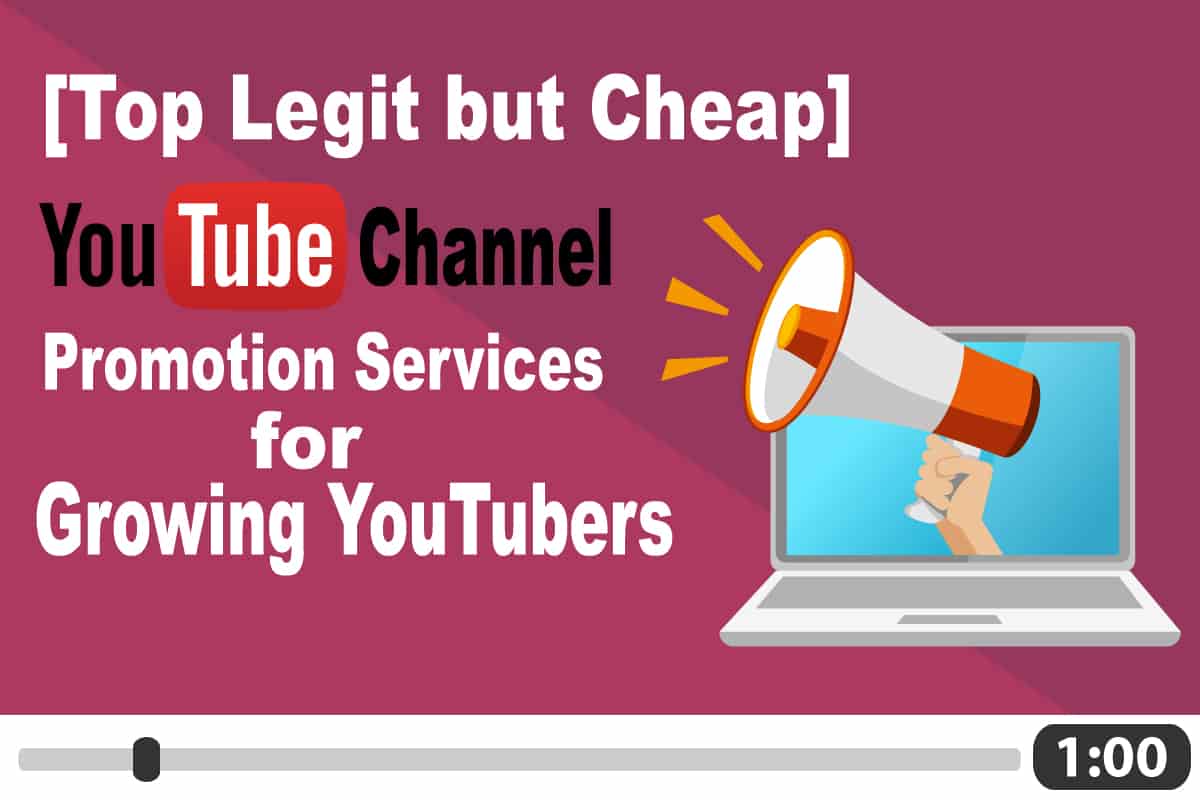 YouTube is the world’s largest video sharing platform. You can earn by making YouTube videos. This trend is now gone viral. But many people don’t know, what are the Best YouTube Channel Promotion Service.

This article is assist those people and paddle up their earnings. Experts promote their YouTube channel by themselves.

But the beginner often scrambles to get views in their YouTube channel. Hundreds of paid YouTube Channel Promotion Services exist to promote YouTube channel for beginners.

Sometimes, you are spending huge money on promoting your YouTube channel but not getting any results. That’s because the service you are paying for is not reaching the real viewers.

This article is going to show what the best platforms to promote are and how VIDORANGE can help you getting your desired success.

Google ads offer promotion for any type of campaign. YouTube video promotion is one of them. This is the easiest way for the beginners to start off. It has dynamic process of creating your ad and generates Organic traffic to your YouTube channel.

Every day, millions of users browse google for their work. Google Ads make it easier for both viewers and your YouTube channel at the same time while they promoting your YouTube video.

Initially, you have to have a YouTube channel and a Google Ads Account to promote your video. Before investing, Research on your Targeted audience. You have to be analytical while creating your campaign and know your goal regarding the campaign. Follow up your audience and competitor’s connection for result oriented campaign.

Try creating different goals for your campaign. Don’t mix up your goals as this will help you getting better ROI. Make sure that your campaign is landing on a targeted page. Spend time on keyword selection. Well merged link building for your ad can also improve your ROI.

While predicting budget for your youtube video channel, it has to be highly prospective. After running your ad, follow up the positive ROI. Doing so, you have to multiply PPC and the clicks it converted.

Average google Ads CPC (Cost-Per-Click) is between $1-$2 for search network. While it takes below $1 for Display network. And the most expensive keywords are considered at $50 per click.

However, this platform can make your video viewed 20 times more than other platforms.

No matter how much you are spending on your promotion unless you get organic viewers. Facebook’s interactive process of creating campaign will get you natural subscriber.

Now, you have to set objectives for your YouTube video. This part is very important to promote your video on Facebook. You have to be careful while going through the options it offers. This part has options like ad set, bids, audience, these options will helps you target your audience and well merged success for your video.

Facebook’s average CPC is $1.86. It can increase up to $5 depending on video quality and requirements. The minimum spends limit of ad campaign is $1.

Now it’s the part where you have to create your ad; you can either create a new video here or select any existing YouTube from your YouTube channel. This create ad part will allow you to use exciting features to attract audience towards your YouTube video.

In the end you have to look back at what you have done so far. If it hasn’t matched your expectation, you can modify it anytime.

Synchronize your youtube video channel with your pinterest account. Organizing pins and pin boards may result great interaction with the audience. Use single pinboard for different video and organize by their prospect. It helps user to find your content.

Pinterest works as quick and efficient platform of sharing video contents. Better way to engage traffic is to pin short videos rather than lengthy one. Put strong description including related keywords creates great interests among audiences.

Using “pin me” in the notification and “pin it” button beside your video can drive more audience to your video. Your video beginning is important for the audience including branding.

Twitter is one of the largest social platforms. Likely, it also allows users to promote YouTube videos. To do so you have to have good knowledge about twitter. It allows targeting options for business prospects.

Create Promotion tweets: you have to create tweets to start off. Tweet is the only thing that can divert audience towards your video better than anything.

Bid strategy: the lowest charge for twitter video campaign is $1.95 exceeding up to $3.23. It has 3 different bidding strategies. The prices will vary on your bidding strategy.

Review results: you can track performance record of your twitter campaign anytime. It shows users the result in a strategic way. This makes better understanding to improve promotion techniques.

Reddit community is the largest online community. It consists of thousand forums and users. This helps your YouTube video having a massive traffic.

This community has a set of rules to be followed. Before taking YouTube Channel Promotion Service for your video, you have to know about those rules.

Using subreddit will help your youtube channel reach to a large number of audiences. Each of the subreddits will generate traffic to your video at the same time.

We have years of experience in promoting YouTube video on different platforms.

We have a professional team of YouTube marketers who are highly good at trafficking your video. Our pricing for YouTube Channel Promotion Service is low compared to our quality and service.

Why We are the best: Though our Experts remarked ourselves by our service but it’s not the last to rate them. Following reasons made us going long way:-

Our experts analyze the needs of their clients and work accordingly. It results in them outstanding from the other on the internet. We know the right value of their customers and work so reaching out the market quickly.

This is why We are the best option for beginners. Still, their high-quality service ensures their capability and experience to handle professional video channels too. The Best one for your YouTube Channel Promotion Service. 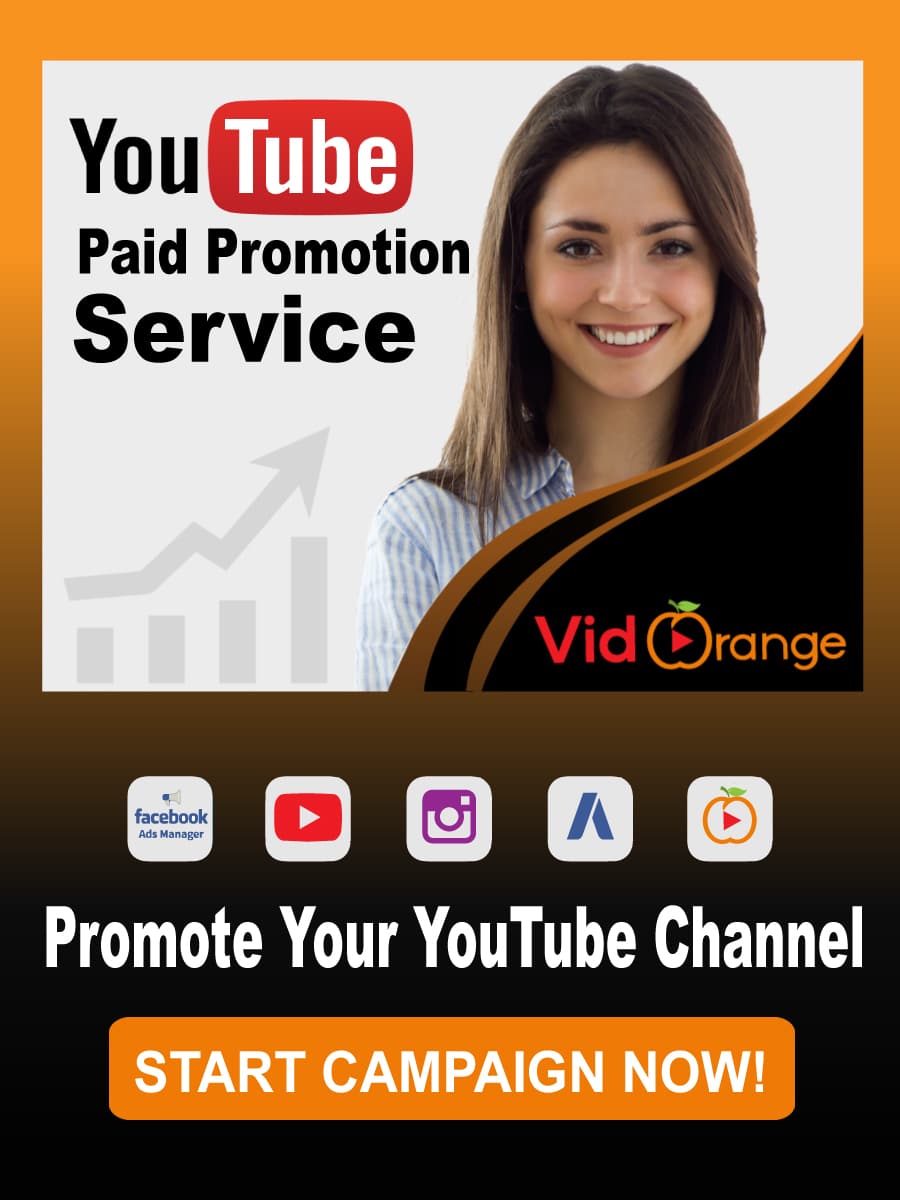